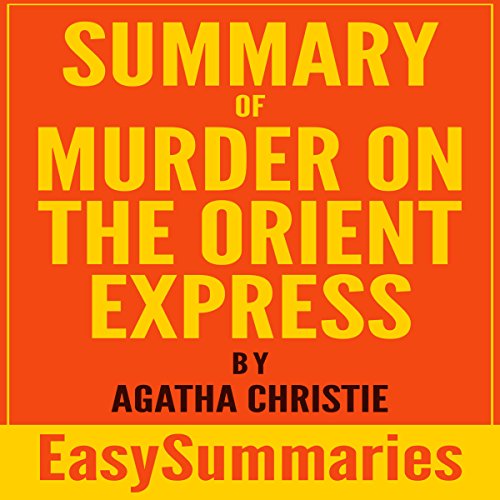 Summary of Murder on the Orient Express

Summary of Murder on the Orient Express

Note: This is an unofficial summary and analysis of Murder on the Orient Express, meant to enhance your listening experience, and not the original book.

Here's an excerpt from the book:

Belgian detective Hercule Poirot is traveling by a train from Syria to Stamboul (Istanbul) in the month of winter. An English passenger on the train, Mary Debenham, is traveling from Baghdad. There is only one other passenger than these two on the train i.e. a Colonel from India. Poirot notices that Mary, who is in her late 20s, seems coolly competent. Colonel Arbuthnot takes her permission before sitting with her but they do not talk much since they seem to be strangers to each other. Poirot witnesses the other two passengers talking later. He further overhears their conversations in which the Colonel expresses the wish that Mary were out of this, which seems strange since they just seemed to have met. Another conversation between the other two passengers encompasses Mary saying, "when it's behind us." This captures Poirot's attention....

If you want more, download and start listening now - even if it's 3 a.m.!

This is a premium summary and analysis of Agatha Christie's popular book Murder on the Orient Express.

Designed with busy people in mind, it will give you a firm grasp on the story without sacrificing quality!

Give it a try!