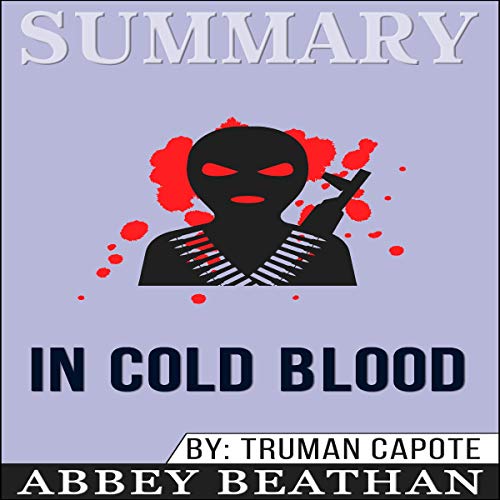 Summary of In Cold Blood by Truman Capote

(Disclaimer: This is NOT the original book.)

It was November 15, 1959, and four members of the Clutter family were brutally murdered by blasts from a shotgun held with just a little distance from its victims' faces. There was no motive that the police force could deduce and a small number of clues. How will Capote be able to crack this case?

(Note: This summary is wholly written and published by Abbey Beathan. It is not affiliated with the original author in any way)

"Imagination, of course, can open any door - turn the key and let terror walk right in." (Truman Capote)

A mesmerizing novel with an outstanding narrative delivered by Truman Capote. Witness how he reconstructs the murder case and finds out the identity of the culprits. A brilliant work where you'll not only enjoy an entertaining story, but also see how police detectives investigate and solve a crime.

A raw insight into the nature of American violence, In Cold Blood paints us a picture of a harsh reality.

P.S. In Cold Blood is an extremely entertaining book that tells us the story of the quadruple murder that happened in the small town of Holcomb.