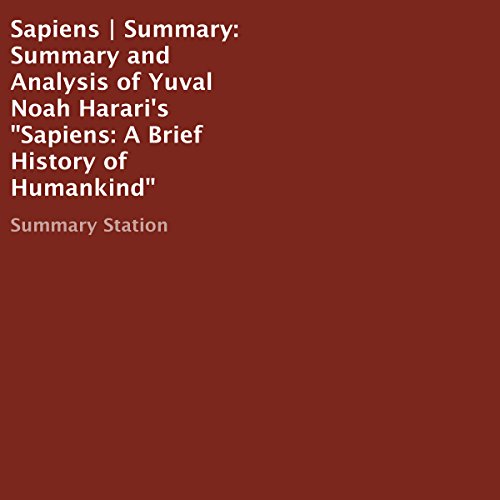 Summary and Analysis of Yuval Noah Harari's Sapiens: A Brief History of Humankind

The human race developed from a complex background. Different types of Homo evolved depending on the area that they lived in. Neanderthals developed in the hotter climates of earth and are adapted best for this climate, and other Homos are best suited for the places they are found the most. After millions of years, Homo sapiens started to expand over the globe, mating and killing the local Homo species until it was Homo sapiens that dominated the earth. This can be seen in those native to different areas of the earth now, who possess around 1-5% of the genes of those Homos from that area.

Once Homo sapiens were spread around the earth, a variety of changes happened over many thousands of years so they became adapted to finding food and functioning as a society. Homo sapiens moved from the middle of the food chain to the top as they possess a skill no other animal does, the ability to imagine concepts and scenarios. This means that humans can have a common bond with any other person without having met them before just because they believe in the same God or the strength of the tribe.

i did listen till the end, i will not listen to the book itself, knowledge is too low for my standard