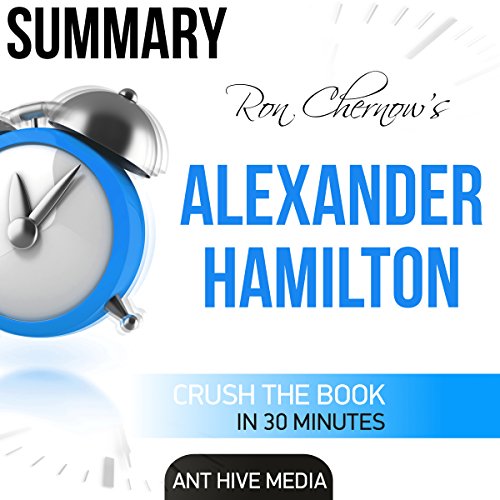 This is a summary of Ron Chernow's Alexander Hamilton (2004), a voluminous book that chronicles the life and legacy of one of America's Founding Fathers.

Alexander Hamilton gained prominence as one of America's Founding Fathers and leader of the Federalist Party. And as a Federalist, he was a major proponent for a strong centralized government. A true patriot, Hamilton was a very versatile man. He earned a law degree, worked alongside George Washington, helped draft the Federalist Papers, and became the first secretary of the treasury. Long after his death, Hamilton remains a significant political figure in the history of the United States.

Hamilton had a less than privileged childhood by any standards. His date of birth was never verified, but it was officially documented that he was born on January 11, 1755, in Nevis in the British West Indies. Born to unmarried parents, Hamilton grew up in poverty and had little formal education, unlike the other Founding Fathers. At an early age, he took an apprenticeship with merchant Thomas Stevens.

This summary is aimed at those who want to capture the gist of the book but don't have the time to listen to the whole thing. You get the main summary along with all of the benefits and lessons the actual book has to offer. This is a summary that is not intended to be used without reference to the original book.