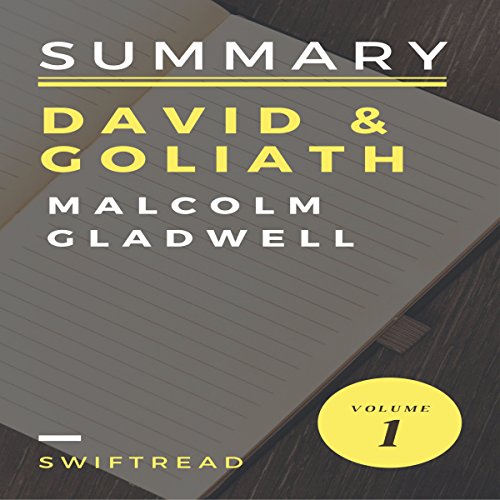 Whether a conflict is between two nations, two businesses or even a person battling physical dysfunction, we tend to assume that the bigger and better armed of the opponents will take the day. That's why stories like the battle between Goliath and David capture our imagination - they are so remarkable.

But Malcolm Gladwell proposes that we are missing out on the bigger picture - we assume too much about outcomes and miss some realities which paint a different picture. Certainly, Goliath presents an imposing threat, but he is generally not as invulnerable as we initially expect, and David is not without resources and options.

In making this point in David and Goliath: Underdogs, Misfits, and the Art of Battling Giants, Gladwell reviews a number of underdog stories which illustrate his core message - that David is much more likely to succeed against Goliath than is generally expected - while providing insights into how each of us can find the resources needed to overcome our own Goliaths.