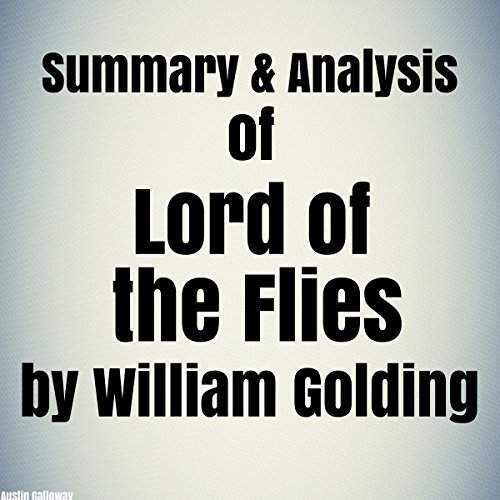 Summary & Analysis of Lord of the Flies by William Golding

In the midst of a wartime evacuation, a British airplane crashes on or near an isolated island in a remote region of the Pacific Ocean. The only survivors are boys in their middle childhood or preadolescence. Two boys - the fair-haired Ralph and an overweight, bespectacled boy nicknamed "Piggy" - find a conch, which Ralph uses as a horn to convene all the survivors to one area. Ralph is optimistic, believing that grown-ups will come to rescue them but Piggy realizes the need to organize: ("put first things first and act proper"). Because Ralph appears responsible for bringing all the survivors together, he immediately commands some authority over the other boys and is quickly elected their "chief". He does not receive the votes of the members of a boys' choir, led by the red-headed Jack Merridew, although he allows the choir boys to form a separate clique of hunters. Ralph establishes three primary policies: to have fun, to survive, and to constantly maintain a smoke signal that could alert passing ships to their presence on the island and thus rescue them. The boys establish a form of democracy by declaring that whoever holds the conch shall also be able to speak at their formal gatherings and receive the attentive silence of the larger group.

Jack organizes his choir into a hunting party responsible for discovering a food source. Ralph, Jack, and a quiet, dreamy boy named Simon soon form a loose triumvirate of leaders with Ralph as the ultimate authority. Upon inspection of the island, the three determine that it has fruit and wild pigs for food. The boys also use Piggy's spectacles to create a fire. Though he is Ralph's only real confidant, Piggy is quickly made into an outcast by his fellow "biguns" (older boys) and becomes an unwilling source of laughs for the other children while being hated by Jack. Simon, in addition to supervising the project of constructing shelters, feels an instinctive need to protect the "littluns" (younger boys).