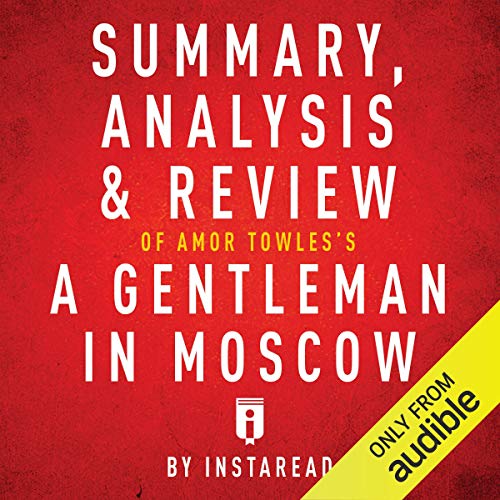 Summary, Analysis & Review of Amor Towles's A Gentleman in Moscow by Instaread

Summary, Analysis & Review of Amor Towles's A Gentleman in Moscow by Instaread

A Gentleman in Moscow by Amor Towles is the story of a Russian aristocrat-turned-waiter who lives 32 years of his life under house arrest at the Hotel Metropol in Moscow. Set in post-revolutionary Russia, the novel follows its protagonist, Count Alexander Ilyich Rostov, as he develops new friendships, family, and loves, all while confined within the walls of the Metropol.

In 1922, in the wake of the Russian Revolution, Rostov, originally a gentleman from Russia's Nizhny Novgorod province, is deemed a threat to the Communist Party and sentenced to house arrest at the hotel where he has been living in luxury. The party is suspicious of Count Rostov, who left Russia after the tsar's execution in 1918, but returned four years later. What saves Rostov from being executed is a single poem published in 1913 espousing revolutionary ideals, to which he claims authorship.

Please note: This is a summary, analysis & review of the book and not the original book.