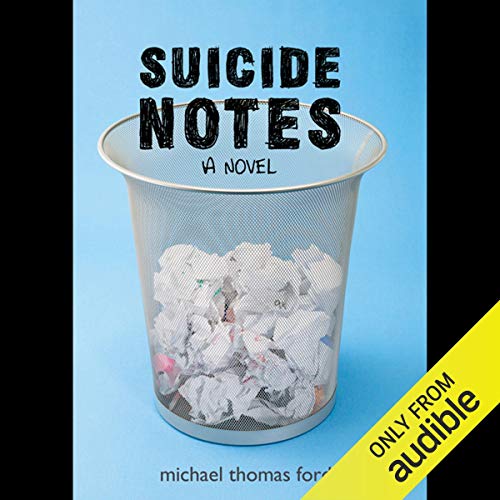 "I'm not crazy. I don't see what the big deal is about what happened. But apparently someone does think it's a big deal because here I am. I bet it was my mother. She always overreacts."

Fifteen-year-old Jeff wakes up on New Year's Day to find himself in the hospital. Make that the psychiatric ward. With the nut jobs. Clearly, this is all a huge mistake. Forget about the bandages on his wrists and the notes on his chart. Forget about his problems with his best friend, Allie, and her boyfriend, Burke. Jeff's perfectly fine, perfectly normal, not like the other kids in the hospital with him. Now they've got problems. But a funny thing happens as his 45-day sentence drags on: the crazies start to seem less crazy.

Compelling, witty, and refreshingly real, Suicide Notes is a darkly humorous novel from award-winning author Michael Thomas Ford that examines that fuzzy line between "normal" and the rest of us.