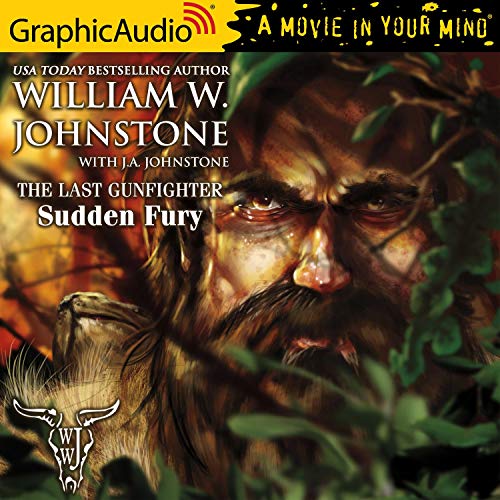 In the redwood country of northern California, Frank Morgan, a.k.a. the Last Gunfighter, discovers a mutilated corpse. A killing beast roams these woods. The loggers call it The Terror of the Redwoods.

A local timber baron has put a bounty on the hide of this man-beast and the woods are teeming with so many trigger-happy dolts and half-cocked drunkards that someone's bound to get hurt. Frank Morgan doesn't believe in such creatures and decides to get to the bottom of this tall tale. But after he joins forces with the timber baron's beautiful daughter, Frank begins to wonder if somehow, the Terror is more victim than killer.

Something is out there. Someone's set a trap. And Morgan just stuck his Bigfoot right into it....