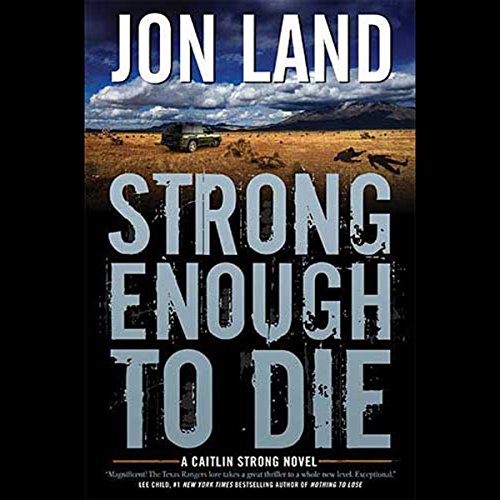 Caitlin Strong is a fifth-generation Texas Ranger, proud to wear the badge of her father and grandfather - until a deadly shoot-out along the Mexican border causes her to question her calling.

Five years later, Caitlin is still trying to purge herself of guilt from the day that ended her Ranger career. But a shattering discovery will reopen old wounds, and Caitlin's renewed investigation into the truth behind the bloody desert firefight uncovers a terrifying plot that reaches into every home and threatens the very core of the country.

Her only hope for success - and survival - is to team up with Cort Wesley Masters, a deadly outlaw who has every reason to want her dead. But he also holds the key to the truth she desperately seeks in the anguished brain of an amnesiac torture victim.

Caitlin's tormented quest for redemption takes her to a dark world, ranging from Washington to Bahrain to the wastelands of Mexico, as she finds that the strength to live comes from learning how to die.

"The revelations are constant, the characters compelling and the action fast and furious." ( Publishers Weekly)