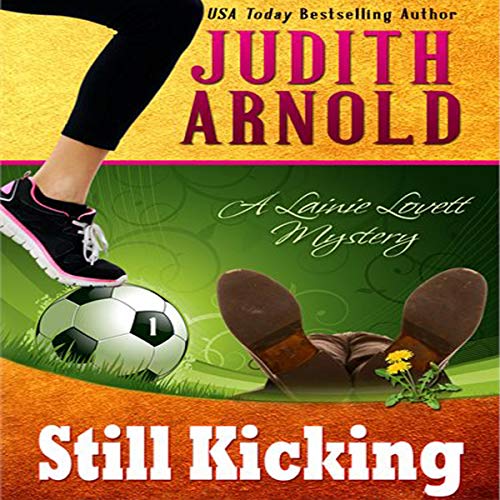 Lainie Lovett’s passions, in no particular order, are her son and daughter, the fourth grade class she teaches, and the Rockettes - the recreational league women’s soccer team in the sleepy Boston suburb of Rockford, Massachusetts.

When Lainie spots the husband of one of her Rockettes teammates canoodling with another woman under the electric jalapenos at El Camino Restaurant one night, she is discreet - until he turns up dead, shot with a nail gun in a half-built McMansion that his construction company was developing.

Could his betrayed wife have killed him? Or, maybe, his buxom girlfriend? Or, his alienated teenage son, who had once been a student of Lainie’s? Or, one of the anti-development environmentalists trying to shut down his business? Or, the hunky construction foreman who was always butting heads with him?

All Lainie wants to do is teach, make her gray hairs disappear, and score against arch-rival Burlington in a soccer game, and maybe, have a sex life, if that’s not asking too much. But once she becomes one of the Rockford Police Department’s prime suspects in Arthur Cavanagh’s murder, she’ll have to clear her name before she’ll ever be able to lace on her soccer cleats again.