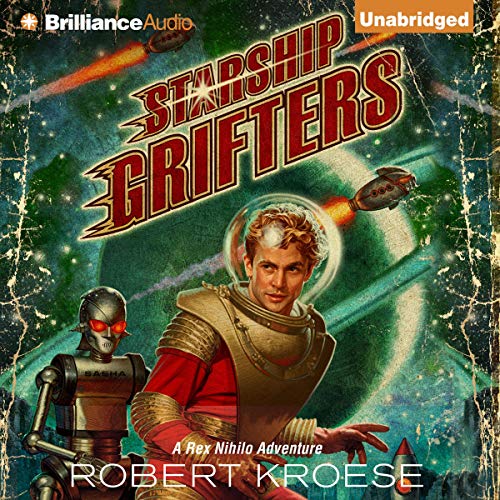 A space-faring ne'er-do-well with more bravado than brains, Rex Nihilo plies the known universe in a tireless quest for his own personal gain. But when he fleeces a wealthy weapons dealer in a high-stakes poker game, he ends up winning a worthless planet - and owing an outstanding debt more vast than space itself!

The only way for Rex to escape a lifetime of torture on the prison world Gulagatraz is to score a big payday by pulling off his biggest scam. But getting mixed up in the struggle between the tyrannical Malarchian Empire and the plucky rebels of the Revolting Front - and trying to double-cross them both - may be his biggest mistake. Luckily for Rex, his frustrated but faithful robot sidekick has the cyber-smarts to deal with buxom bounty hunters, pudgy princesses, overbearing overlords, and interstellar evangelists - while still keeping Rex’s martini glass filled.