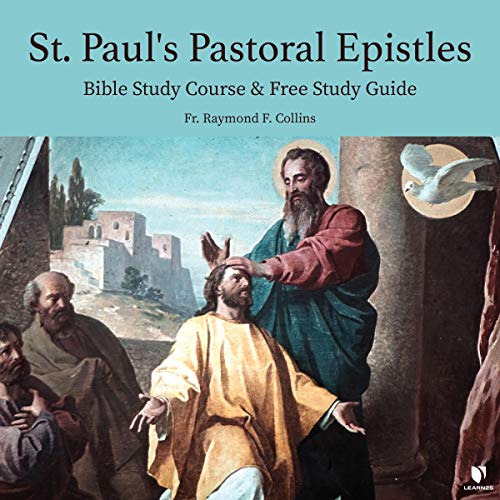 Join one of the world’s leading New Testament scholars in this unique audio course on three vital books of the Bible: First and Second Timothy and the Epistle to Titus. Called the “Pastoral Epistles”, these letters were vital in shaping early Christian communities, bringing the message of Christ into a new era.

By studying them, you will increase your understanding of early Christianity and enrich your faith. As you will come to see, the themes of Timothy and Titus remain as relevant today as ever. Taught by renowned Pauline expert Fr. Raymond F. Collins, this powerful 12-lecture audio course will guide you through these epistles and their place in the Pauline corpus and the Bible as a whole. You will discover rich theological themes that have shaped the life of the Church for centuries.

While these letters bear the name of St. Paul, they were actually written by Paul’s followers in homage to the great apostle. The authors of these epistles sought to rework Paul’s message for a new era, bringing his words alive for the early Christian communities. Composed near the end of the first century, these letters captured the hopes and struggles of believers in the Greco-Roman world. The message of the Pastoral Epistles echoes throughout the millennia, providing listeners with powerful models of the Christian life in the 21st century. Explore these letters today.

This course is part of the Learn25 collection.