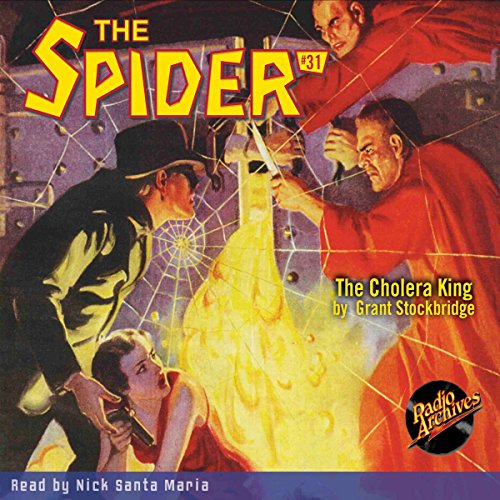 Death in its ugliest form ravaged America. An ambitious, clever madman, master of a far-flung criminal empire, spread cholera germs through every rank and class of a large and totally unsuspecting populace. Numbed by terror, the citizens fled from certain death, while the police, baffled and powerless, campaigned relentlessly against the Spider, the only man able to save the stricken and bring the Plague Master to justice!