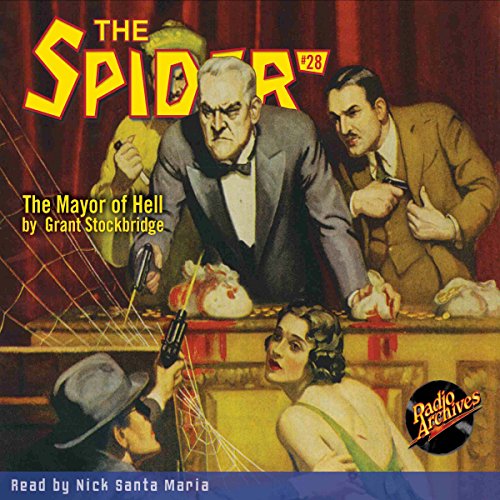 In that single, unguarded moment while he played his precious Stradivarius, the combined forces of the Mayor of Hell - the crooked Law and the vengeful Underworld - besieged Richard Wentworth, otherwise known as the Spider, nemesis of criminals! Mourned as dead, the Spider must start life anew, without friends or funds or hidden refuge, so that the Mayor of Hell's bloody-handed henchmen - who judge no deed too base, who respect neither man nor God - may find their just reward - in death!

Nick Santa Maria brings the action to electrifying life. The Mayor of Hell originally published in The Spider magazine, January, 1936.