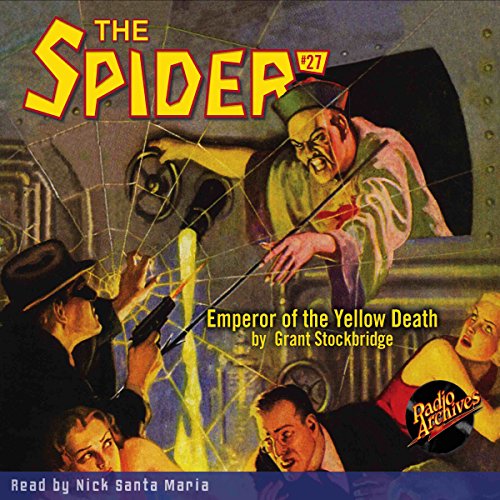 The Spider #27 AudiobookEmperor of the Yellow Death by Norvell W. Page writing as Grant Stockbridge Read by Nick Santa Maria

Pitiless, astute, ambitious, yellow-skinned Wang-ba emerged from the mystic Orient to proclaim himself Emperor of America! Sight of his green face caused bloodcurdling terror; his anger could be appeased only by soul-twisting agony and writhing, long-lasting death.... Such was the criminal genius whom Richard Wentworth had to kill. Never before has the Spider been squeezed so tightly between the vise-jaws of the law and the lawless. Nor has he ever struggled so fiercely against the pleading of his own brave heart!