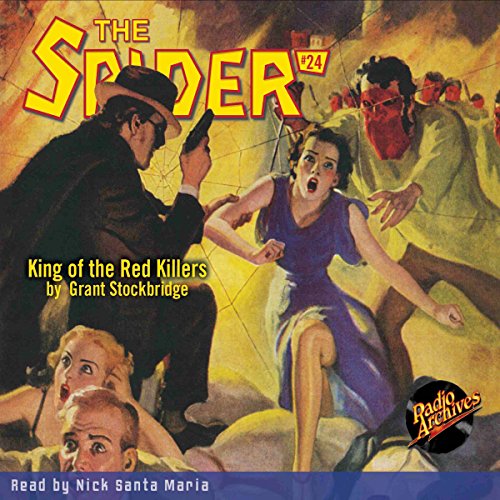 Looting, maiming, slaughtering, El Gaucho launched his colossal plot to unite the Underworld - to make himself King of America! No torture was too cruel for him to employ; no deed too bloody; no life too precious, except his own. Richard Wentworth - the Spider, who exacts justice when the Law fails - realized he alone could save America from wanton butchery, in spite of the grim reward posted for his head - its own weight in the purest gold!

This thrilling Spider audiobook features acclaimed voice talent Nick Santa Maria, who has made the Spider his own! King of the Red Killers originally published in The Spider magazine, September, 1935.