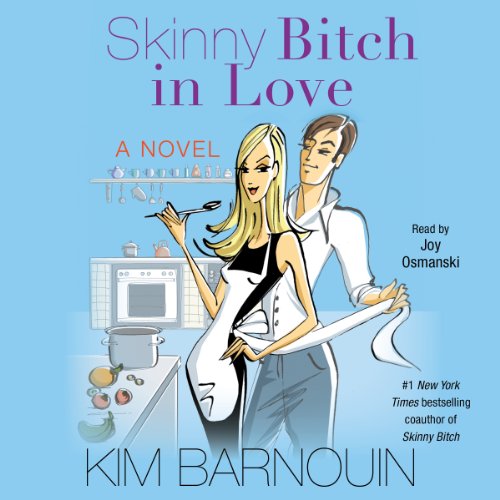 In this new novel based on the number-one best-selling Skinny Bitch books, a 20-something chef loses her dream job - only to find happiness after she launches a vegan cooking school and falls for a sexy carnivore.

26-year-old Clementine Cooper is an ambitious sous chef at a hot vegan restaurant in Santa Monica. When an important food critic visits the restaurant, a backstabbing coworker sabotages her vegan dish by adding butter. Fired from her job and blackballed in L.A., Clementine has hit rock bottom. Not one to wallow, she decides to launch her own cooking school and personal chef business called Skinny Bitch.

Every day, Clementine passes a space for lease in her neighborhood and fantasizes about opening her own restaurant. Fifteen tables. A juice bar. Cali-meets-Moroccan decor. She plans to work hard, save money, and buy the space. But on the first day of her cooking classes, she discovers that millionaire restaurateur Zach Jeffries is opening a steakhouse in the same space!

Zach is the antithesis of everything she stands for, but she's incredibly attracted to him. And it seems like he might be attracted to her, too, since he immediately enrolls in her cooking school. Can two people who are so fundamentally different actually find love? As Clementine rebuilds her life with new friendships, romance, and recipes, she finds that there are healthy choices to make both in and out of the kitchen.