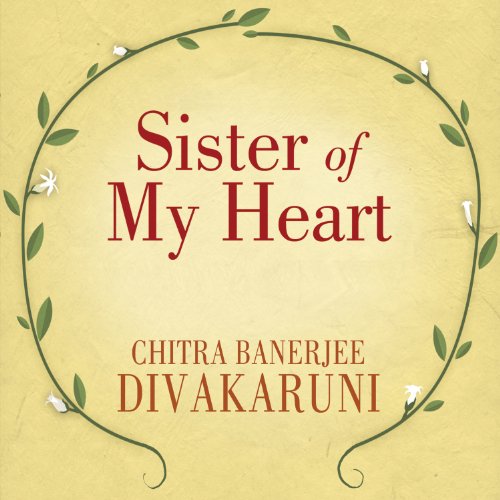 Sister of My Heart

From the award-winning author of Mistress of Spices, the best-selling novel about the extraordinary bond between two women, and the family secrets and romantic jealousies that threaten to tear them apart.

Anju is the daughter of an upper-caste Calcutta family of distinction. Her cousin Sudha is the daughter of the black sheep of that same family. Sudha is startlingly beautiful; Anju is not. Despite those differences, since the day on which the two girls were born, the same day their fathers died - mysteriously and violently - Sudha and Anju have been sisters of the heart. Bonded in ways even their mothers cannot comprehend, the two girls grow into womanhood as if their fates as well as their hearts were merged.

But when Sudha learns a dark family secret, that connection is shattered. For the first time in their lives, the girls know what it is to feel suspicion and distrust. Urged into arranged marriages, Sudha and Anju's lives take opposite turns. Sudha becomes the dutiful daughter-in-law of a rigid small-town household. Anju goes to America with her new husband and learns to live her own life of secrets. When tragedy strikes each of them, however, they discover that despite distance and marriage, they have only each other to turn to.

Set in the two worlds of San Francisco and India, this exceptionally moving novel tells a story at once familiar and exotic, seducing listeners from the first minute with the lush prose we have come to expect from Divakaruni. Sister of My Heart is a novel destined to become as widely beloved as it is acclaimed.

"An inspired and imaginative raconteur, Divakaruni is sure to engender comparisons with Arundhati Roy ( The God of Small Things), but Divakaruni's novel stands in its own right as a compelling read." ( Publishers Weekly)