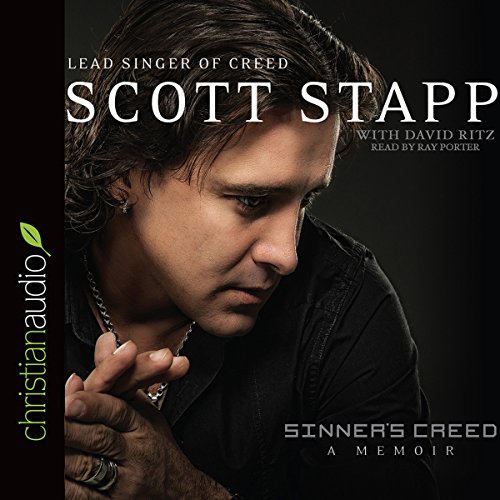 Sinner’s Creed is the uncensored memoir of Scott Stapp, Grammy Award-winning leader of the multiplatinum rock band CREED. Raised by an abusive stepfather, Scott was always aware of God's presence in his life, but it wasn't until years later, amid a life punctuated by sex, drugs, and rock ’n roll that Scott began to feel a need for God in his life.

During CREED’s decade of dominance and in the years following the band's breakup, Scott struggled with drugs and alcohol, which led not only to a divorce, but also to a much-publicized suicide attempt in 2006. Now clean, sober, and in the midst of a highly successful solo career, Scott has finally come full circle-a turnaround he credits to his renewed relationship with Jesus Christ.

In Sinner's Creed, Scott shares his story for the first time, from his fundamentalist upbringing, the rise and fall of CREED, and his ongoing battle with addiction, to his recommitment to Christ and the launch of his solo career. The result is a gripping memoir that is proof positive that God is always present in our lives, despite the colossal mess we sometimes make of them.