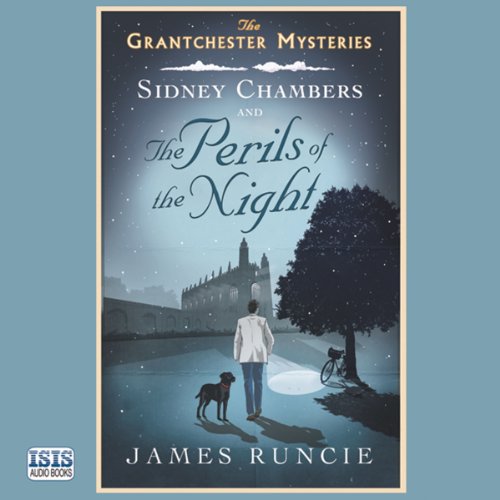 Sidney Chambers and the Perils of the Night

1955: Canon Sidney Chambers, loveable priest and part-time detective, is back. Accompanied by his faithful Labrador, Dickens, and the increasingly exasperated Inspector Geordie Keating, Sidney is called to investigate the unexpected fall of a Cambridge don from the roof of King's College Chapel; a case of arson at a glamour photographer's studio and the poisoning of Zafar Ali, Grantchester's finest spin bowler.

Alongside his sleuthing, Sidney has other problems. Can he decide between his dear friend the glamorous socialite Amanda Kendall and Hildegard Staunton, the beguiling German widow? To make up his mind Sidney takes a trip abroad, only to find himself trapped in a web of international espionage just as the Berlin Wall is going up.