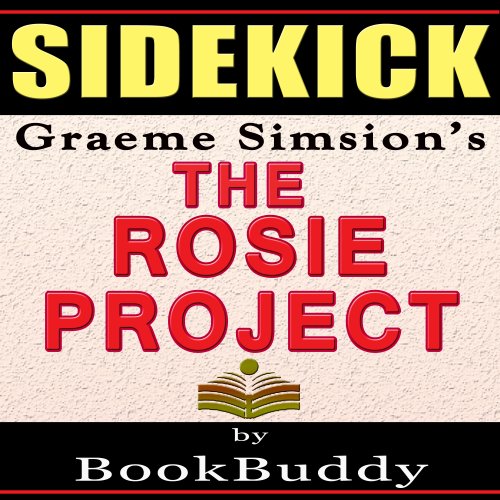 A romance novel full of quirky characters and plenty of humor, Graeme Simsion's The Rosie Project begins when a brilliant but socially inept geneticist decides to forgo dating in favor of using a scientific approach to finding a life partner. Living by a strict schedule from which he never deviates; Don Tillman has never had a second date with a woman. This gives rise to the Wife Project; a lengthy questionnaire he believes can eliminate unsuitable candidates and find someone with whom he can finally settle down. Enter Rosie, a wholly unsuitable candidate who isn't interested in the project at all. Instead, she wants his help in discovering the identity of her biological father. Graeme Simsion's The Rosie Project beautifully crafts the tale of a man struggling with undiagnosed Asperger's syndrome, trying to fit in. Let the chapter-by-chapter guide in this sidekick help you explore the thought-provoking issues raised in The Rosie Project. You'll also find in-depth character analyses and a breakdown of key symbols. Despite Don and Rosie's seeming incompatibility, Don finds himself drawn to her, willing to deviate from his schedule and act impulsively. Rosie is clearly interested in Don despite his missteps. Will Don be able to help Rosie find her father? Will they both be able to overcome their issues to take the next step in their relationship? Despite a few missteps, The Rosie Project is a light, humorous tale loaded with believable characters that will appeal to many listeners.

It wasn't clear at all that this book was a summary. And it was a bad summary. I recommend to include in the title that you ate not buying the book just a summary.