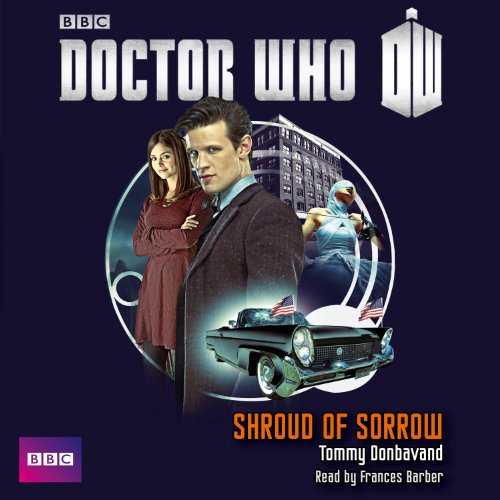 23 November, 1963. It is the day after John F. Kennedy's assassination - and the faces of the dead are everywhere.

PC Reg Cranfield sees his late father in the mists along Totter's Lane. Reporter Mae Callon sees her grandmother in a coffee stain on her desk. FBI Special Agent Warren Skeet finds his long-dead partner staring back at him from raindrops on a window pane. Then the faces begin to talk, and scream... and push through into our world.

As the alien Shroud begins to feast on the grief of a world in mourning, can the Doctor dig deep enough into his own sorrow to save mankind?