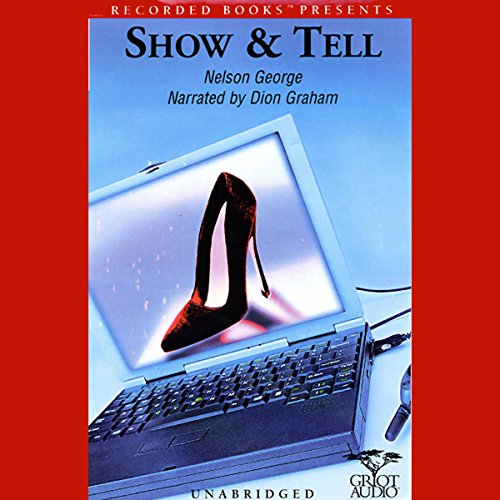 Show and Tell is a freaky, very graphic love story. Its author, Nelson George, is an accomplished screenwriter, documentarian, critic, and author of several award-winning nonfiction books. In addition, he was a consulting producer on the Emmy Award-winning The Chris Rock Show. A best-selling author, his novels include One Woman Short.

Dean Chance has a good job as a TV producer, and he is content with his longtime girlfriend, Millie. But in a chance encounter, he meets sleek, seductive Bee Cole. She pulls the conservative young man into a world of cybersex that is beyond anything he has imagined. Now, in a realm where anything is virtually possible, Dean has to decide where to draw the line.

Sizzling and suspenseful, Show and Tell submerges the listener in the fantasies that stretch Dean's physical and emotional limits. With Dion Graham's narration, this novel is a compelling and intimate listening experience.

"George, having tapped into a subject not frequently written about, offers a tale that is sure to captivate readers down to the very last e-mail message." ( Booklist)