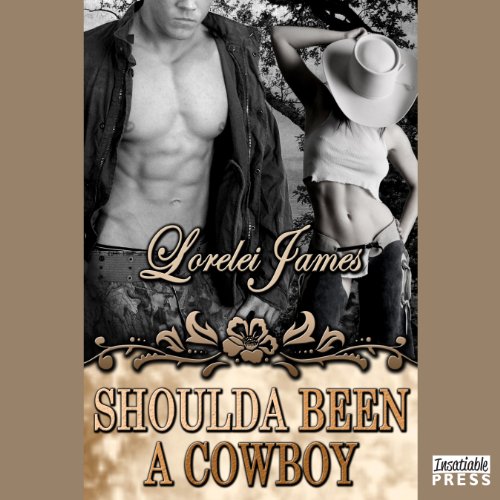 Shoulda Been a Cowboy

The bigger they are, the harder they fall - in love.

Soldier Cameron McKay has found his niche, and it ain't ropin' steer and wearin' spurs. His deputy sheriff job, plus battle injuries that ended his military career, keep him right where he wants to be: Off the ranch and away from his family's pity. His darkest war memories are on lockdown, leaving him skeptical he'll ever find a woman who wants a man who's less than whole.

Domini Katzinski has had to control every aspect of her life since age eleven, when she was orphaned in the Ukraine. Watching others' relationships crumble has convinced her to focus on the short-term and find a take-charge man to whom she can relinquish total sexual control. Cam fits the bill: Gorgeous, with a brooding vulnerability no one else seems to see. Plus, he has his own handcuffs.

Once Cam gets over his surprise that sweet, shy Domini wants to be dominated, he is back to issuing orders. Their passion is as hot as a rocket-propelled grenade - and if Domini has her way, it's a one-shot deal. Cam wants more, and launches a full-out sensual assault...until tragedy strikes, forcing him to change tactics as he tries to keep past demons from blowing their future together all to hell...