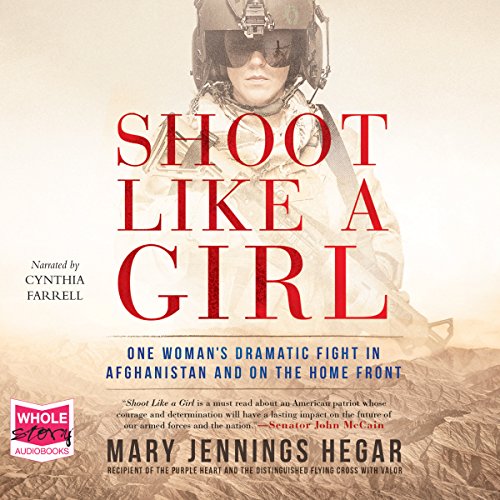 In 2009, Air National Guard major Mary Jennings 'MJ' Hegar was shot down while on a mission on her third tour in Afghanistan. Despite being wounded, she fought the enemy and saved the lives of her crew. But soon she would face a new battle: to give women who serve on the front lines the credit they deserve.

Shoot Like a Girl is an inspiring, humorous and thrilling true story of an unforgettable woman who has spent much of her life ready to sacrifice everything for her country.

This dramatic true story is soon to be a major motion picture starring Angelina Jolie - a fierce story to be reckoned with.

" Shoot Like a Girl is a must-read about an American patriot whose courage and determination will have a lasting impact on the future of our Armed Forces and the nation." (Senator John McCain)
"A stirring story of bravery that also captures our humanity. Major Hegar will move you with her story, her grit, her valour." (Gayle Tzemach Lemmon, New York Times best-selling author)