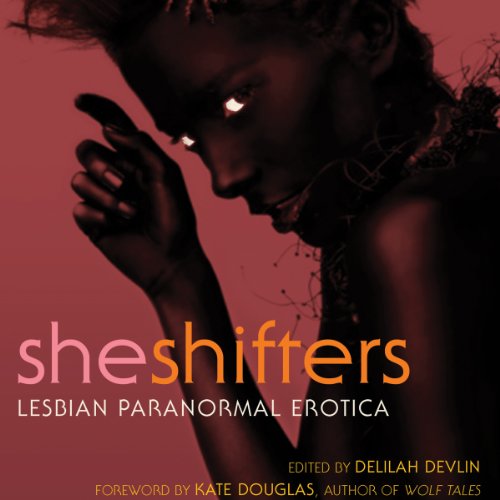 The idea of shapeshifters - beings both human and animal - ignites our imaginations with visions of primal passions and insatiable hungers. Most commonly seen as dark, masculine demons, shapeshifters are in need of a metaphysical overhaul - a new feminine/Sapphic blending of physical power and inescapable desires. She Shifters re-envisions common and not-so-common myths and deliver a fresh perspective from the storytellers.

Traditional lycanthropes and feline familiars appear, was well as more obscure, lesser-known mythologies from around the world to create inventive tales celebrating feminine power, lust, and erotic love. Paisley Smith's "The Night Crow" finds two lovers, divided by centuries and a terrible sacrifice, reunited in London. In Christine d'Abo's, "Scorched Retribution", a human woman has come home after a ten year absence, hoping to make amends with the one person whose heart she'd broken. But the heart of a dragon isn't easily won and the woman must offer herself up for retribution or risk losing her lover forever. In Angela Caperton's "Sweetwater Pass," the eldest daughter in a family of shape shifters heading to California in the era of the great wagon trains, meets a Native American "sister" and finds the promise of the West fulfilled. Delilah Devlin's one-of-a-kind She Shifters unleashes the wild creature inside us all!