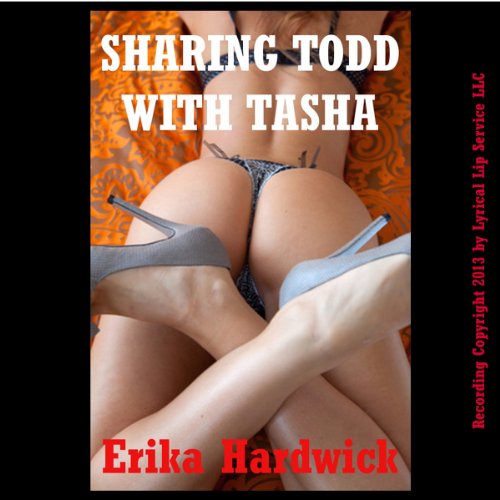 Crazy like a fox! he said. He kissed Tasha and ran into the house to shower and change. By the time he returned to the patio, the women had just finished deciding on Mexican food. Of course Tasha knew of a place that delivered, and she instructed Todd to start making margaritas. The three moved to the living room and soon the celebration was in full swing. Lydia was happy. She loved the company, loved the booze, and loved the food when it arrived. The three reminisced and Todd enjoyed the stories Tasha told of various adventures in their upbringing.

Once they finished eating, Todd blended up another pitcher of margaritas and they all went out to the patio to relax for a bit. The pitcher was stronger, and after her third margarita, Lydia started to feel the effects of the alcohol. She stared at Tasha. You're so damn gorgeous, she thought and then gasped when she realized she hadn't thought it to herself but had actually made the comment out loud. Tasha winked at her and smiled, and Lydia felt heat cover her cheeks as she blushed what she was certain was a deep shade of red. Todd stood up and walked behind Tasha, and Lydia gasped when he leaned over her, kissed her neck, and let his hands rub downward to squeeze his wife's breasts right in front of her. I agree with you Lydia ,he said as he softly nibbled at Tasha's neck.

Lydia's jaw dropped and she watched as Todd pushed his hands lower and lifted her friend's top off. She caught a brief glimpse of Tasha's breasts before he returned to rubbing and all that covered her tits were Todd's large, strong hands.