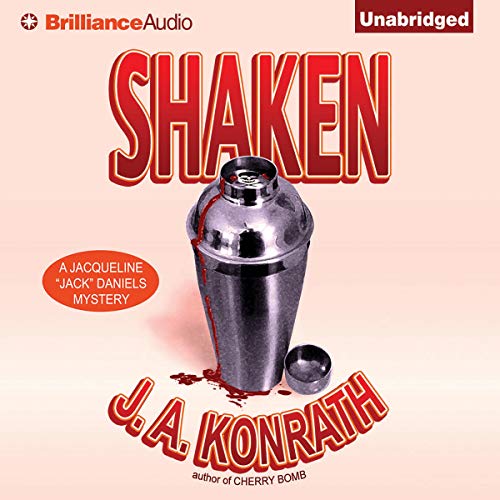 Chicago cop Jacqueline "Jack" Daniels has chased and caught dozens of dangerous criminals over the course of her career. But she's about to meet her match.

When Jack wakes up in a storage locker, bound and gagged, she knows with chilling certainty who her abductor is.

He's called "Mr. K," and more than two hundred homicides have been attributed to him. His victims have died in the most horrible ways imaginable: he is the essence of evil. Some think he's just an urban legend, but he's very, very real. Jack has tangled with him twice in the past, and both times he managed to slip away.

Now Jack will finally have the chance to confront the maniac she's been hunting for over twenty-five years. Unfortunately, it won't be on her terms. In less than two hours, Mr. K is going to do to Jack what he's done to countless others. And Jack is going to learn that sometimes the good guys don't win...

Solid work, but not surprising

The crime story unfolds in many irritating flashbacks. The only reason for this flashbacks seems to create confusion, so that the straightforward plot is not too easy to detect. The final scene is more than ridiculous, with the appearance of an mysterious serial killer, who had hardly been mentioned before.
Had heard better ones, but still not too bad at all.