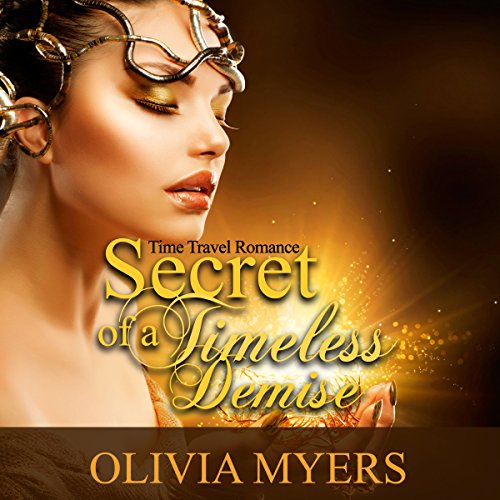 Secret of a Timeless Demise

Secret of a Timeless Demise

What would you risk to save the love of your life?

Cadence is forced to answer this challenging question when her daredevil fiancée is involved in a helicopter crash. She feels helpless, wishing she could turn back the clock and prevent her love from attempting his death-defying stunt. Watching the rescue attempt play out on live television, Cadence nervously fiddles with an antique music box, a comforting inheritance from her deceased parents. The winding key, forever frozen, suddenly moves, and Cadence is transported 24 hours into the past, with the power to avert the impending tragedy.

Without hesitation she takes action, but discovers afterward that do-overs come with consequences. As Travis attempts stunt after crazy stunt, Cadence alone has the power to protect him, but the price she pays becomes more expensive with every exploit.

Finally, she realizes there is only one way to save him from himself, but is she strong enough to make the sacrifice that the ultimate solution requires?