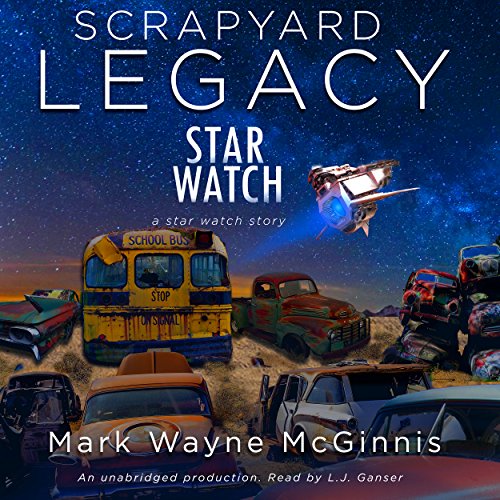 Better buckle up...the Scrapyard Ship gang is back for a new interstellar romp!

Over the past year, things have been relatively peaceful within the Planetary Alliance. Captain Jason Reynolds is looking forward to a fishing trip in the deep wilderness on Alantia Dastile with Michael, his six-year-old son. His wife, Dira, and his father, the Fleet Omni, are away on a diplomatic mission to the Sommis of Adriark. It's the perfect time for an interstellar getaway. Or is it?

Jason just needs to check on one thing first - a flurry of mechanical issues recently plaguing the Parcical, the Omni's Rogue Class spacecraft - something about a Zoo habitat using increasing amounts of the vessel's memory, that and a flurry of malfunctions with onboard Caldurian technologies.

Caught off guard, it's soon discovered; a different kind of war is coming. The Alliance is not prepared. The US Fleet is not prepared. A new enemy rears its ugly head and quickly becomes the dominant force within the sector. For those who survive the coming rampage - the coming war - everything will change. The Scrapyard Ship gang unites one more time for this action-packed adventure. Together, they will endeavor to give the Planetary Alliance a fighting chance against almost certain devastation that's heading toward the Sol system.