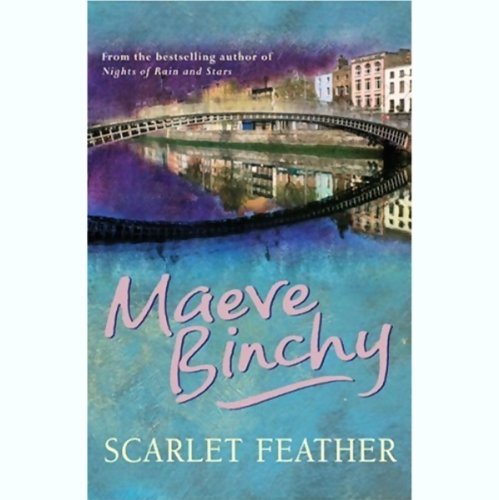 Scarlet Feather is set in contemporary Dublin, and is the story of Cathy Scarlet and Tom Feather, who go into business together as caterers. Tom is the son of a builder and his fanatically devout wife, both of whom are disappointed that he hasn't joined the family building firm. Cathy's father is an inveterately optimistic gambler on the horses, and her mother, Lizzie, is a domestic cleaner. In particular, Lizzie cleans the house of Cathy's mother-in-law, the fearsome Hannah Mitchell. Hannah is furious that her clever lawyer son, Neil, should have married her maid's daughter, and is even more outraged when Cathy sets up Scarlet Feather with Tom. Tom's hopelessly obsessive love for his beautiful, ambitious model girlfriend, Marcella, and Cathy's increasingly distant marriage to Neil, form the heart of the emotional tangles in the story.

Against a background of hilarious catering triumphs and disasters, these key relationships begin to crumble, and the aphrodisiac of shared business trials and tribulations starts its inevitable work on Cathy and Tom. Meanwhile, around them, a magical supporting cast of classic Binchy characters weaves its spell: a comically dreadful but endearing set of twin children; a lonely man looking for the foster daughter he had to hand back to her real parents years earlier; and the glamorous aunt whose financial backing of Scarlet Feather has a dubious source. These and many more wend their way through a story of love, heartbreak and laughter, Maeve Binchy at her most beguiling.