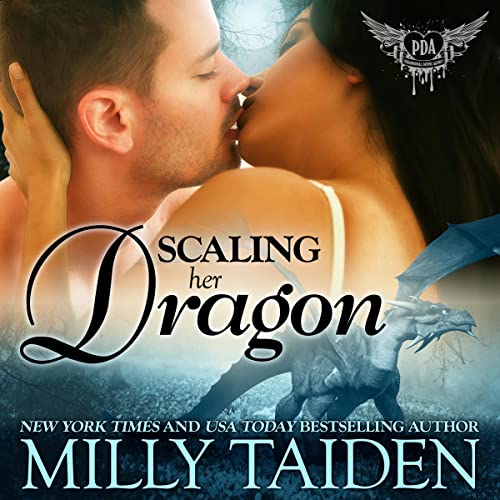 Plus-size Rebecca's on a jaunt to another world. She had hopes of finding herself a nice, sweet shifter like her sister, but somehow she ended up being attracted to the big, fiery dragon - a dragon who isn't looking for love. If only he didn't have eyes that made her want to take her panties off and a body that sent her hormones into a coma, life would be a lot easier.

Vikter Dragos is dying. His dragon couldn't find a mate, and he's at the end of his time. He's fighting the attraction for a sassy, curvy human, but it's near impossible to stay away from her. If only she'd been his mate, life would be so much easier. He's losing control of his dragon and his emotions. With Becca around, his life just got more complicated.

Becca's in constant confusion over Vikter's hot and cold attitude. One moment, he's kissing her like the world's going to end; and the next, he's warning her not to get attached. Figuring out how to scale this dragon might take a lot more patience than she's got. When competition arises and Vikter sees another wants Becca, he'll face his feelings or risk losing her forever.

Note: Hang on to your panties, folks! This book contains smokin' hot sex (the fire-breathing kind), adult language (we like some freaky dirty talk), violence, and verbal smack downs.