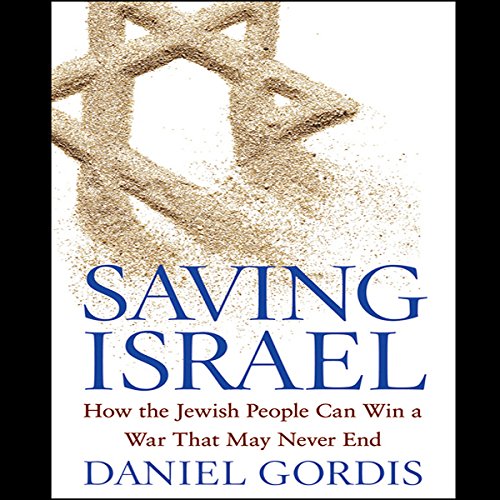 The Jewish State must end, say its enemies, from intellectuals like Tony Judt to hate-filled demagogues like Mahmoud Ahmadinejad. Even average Israelis are wondering if they wouldn't be better off somewhere else. A country which once restored hope to Jews world-over now feels itself slipping. Increasingly, Israelis wonder how much has really been accomplished and whether they ought to persevere.

Can Israel win the next military war for survival, whomever the foe? Can Israel defuse the demographic time bomb of a growing Arab population? Can Israel, a country that's come so far and sacrificed so much, keep up the will to fight? Daniel Gordis is confident his fellow Jews can renew their faith in the cause, and in Saving Israel, he outlines how. Gordis has written many popular personal essays and memoirs in the past, but Saving Israel is a full-throated call to arms. Never has the case for defending -- no, celebrating -- the existence of Israel been so clear, so passionate, or so worthy of wholehearted support.