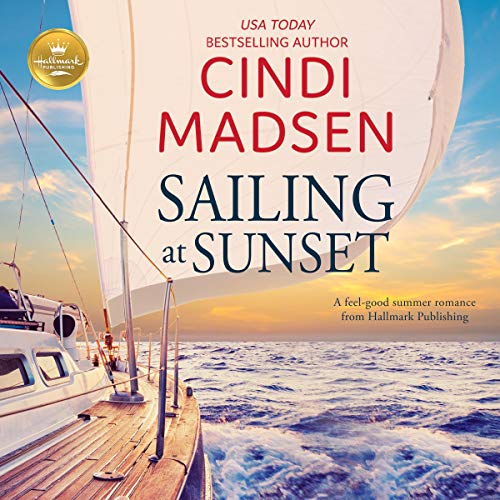 Josh tells himself he’s the luckiest guy in the world. Living on his sailboat and taking tourists on occasional chartered trips, he’s not tied down to routines and responsibilities. He even named his sailboat Solitude because that’s what he enjoys much of the time.

Danae just got promoted at her boat manufacturing company, and she can’t wait to put all her plans into action. However, her boss directed her to set up a weeklong sailing trip with her work team as a bonding experience.

At first, Danae isn’t completely on board with Josh’s laid-back approach to the tour. But over days of deep-sea fishing and visits to quaint New England towns, she and Josh start to see each other’s true colors...and Josh begins to question his solitary life.

A lovely love story with wit and charm.

I enjoyed the whole audiobook and story of Sailing at Sunset. It's witty, charming and lovely written. A bit angsty but a gentle one. Which makes the whole love story so adoranly charming. I actually felt my heart thumping at those highlight, romantic moments. The author's style and words are good, which is a deserving Hallmark title. The narrator brought the whole novel into the next level. Perfect narrtion.