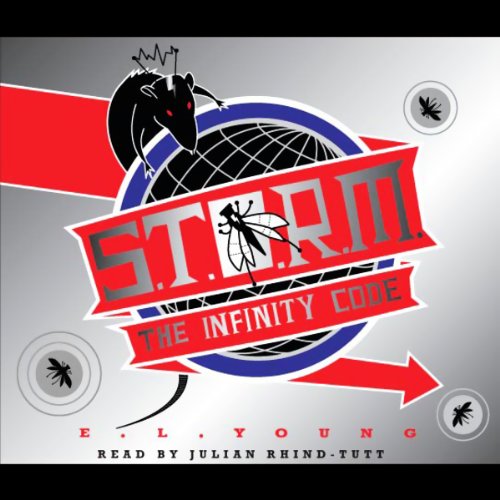 In just a few days, Will Knight lost everyone he cared about, and his world is falling apart. Then he's invited to join secret organization STORM. He doesn't know anything about them, but they know all about him: particularly his talent for inventing gadgets.

STORM is the brainchild of 14-year-old software billionaire Andrew. Other members are Caspian Baraban, a brilliant astrophysicist with an immense ego, and Gaia, a chemistry genius who loves blowing things up. But when Caspian's father is abducted, evidence suggests he and Caspian have created a world-threatening weapon. Will leads STORM in pursuit from Paris to St Petersburg and finally face to face with a psychopath. Armed with three brilliant brains, iron courage, and a remote-controlled rat, can STORM face down the enemy - and can Will face the uncomfortable family secrets that their actions uncover?