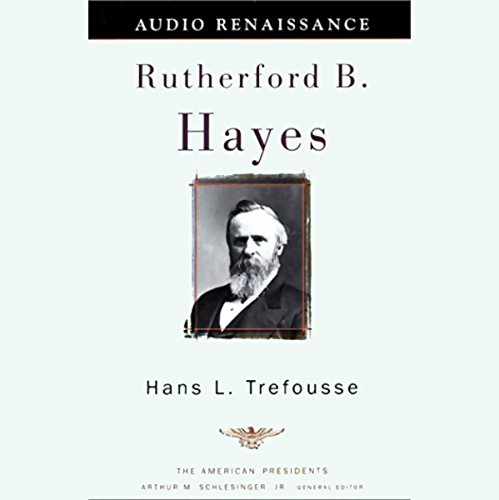 If Rutherford B. Hayes's significance as chief executive had faded in the public memory, nothing brought it back into our consciousness more than the similarities between the controversial elections of 1876 and 2000. In 1876, Hayes's opponent, Samuel Tilden, won the popular vote and led the Electoral College, but the returns in several states were in dispute. A special electoral commission convened and handed the presidency to Hayes. Newspapers of the time cried of "the iniquity in Florida." Yet this cry of foul was only one of several obstacles facing the new president.

After years of Grant-era corruption, the Republican Party looked to the earnest and upright Hayes to revitalize their flagging and scandalized party. As the volume of protest over election results increased, the Southern Democrats threatened to oust Hayes, and so he was forced to conciliate. To the dismay of the more conservative Republicans, he struck a deal to end military occupation of the South, thus ending the Reconstruction. In retrospect, as historian Hans L. Trefousse points out, it was this decision that helped unify the country and which restored legitimacy to the Oval Office.

As chief executive, Hayes's accomplishments were mixed. His conservative financial policies helped lift the country's economic depression, and he was able to reform the civil service and quell the 1877 labor uprising. But many of his well-intentioned goals, such as a bill that would help fund education for black children, were never realized, and many contemporary historians fault him for his lack of action on these fronts.

Rather than pursue a second term, Hayes decided to retire, maintaining his reputation for temperance, authority, and stability. Ultimately, it was Hayes's ability to compromise in order to help revitalize a floundering and factionalized nation that serves as his real legacy.

"[A] thoughtful [and] useful look at an honest, if obscure, political leader, who, the author argues, rightfully won his office." ( Kirkus Reviews)