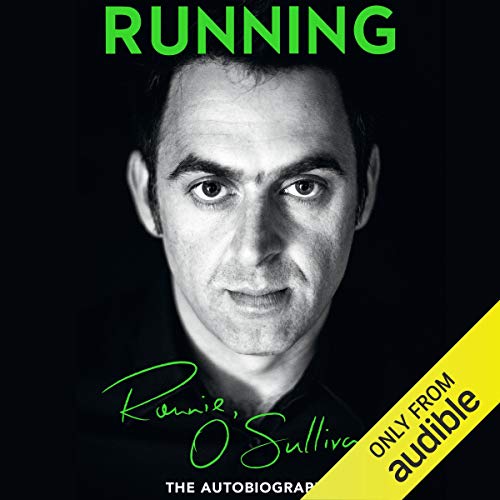 World snooker champion Ronnie O'Sullivan's first-volume autobiography Ronnie was a major best seller, acclaimed for its candour and insight into the life of a top sports star. In his second book, Ronnie reflects on how much of his life has been running away or running towards (often inadvisable) things.

Running is my drug. To be honest, drugs (and alcohol) used to be my drug, but now I've got the healthiest addiction going. Running is what has helped me fight my demons, win five world snooker championships, and cope with all the crap life's thrown at me.

They say what doesn't kill you makes you stronger, and in this book I look at everything that hasn't killed me, but has had a good go - my addictive personality, depression, my dad's murder conviction, the painful break-up with the mother of my children, the difficulty of balancing family life with that of a sportsman.

Those are the downers. But it's also about the great things in my life - my kids, snooker, my dad's release from prison, great mates who have helped me, and the psychiatrist Dr Steve Peters who has taught me how not to run away from life when it gets tricky.

For the first time, I explain some of my madder moments - why I walked out in the middle of a match against Stephen Hendry, why I sat with a wet cloth over my face in a match against Mark King. This is a book about what it takes to be a champion - the sacrifices you have to make, the obsessive practice, the selfishness. Finally, it's a book about what it's like to get the buzz; and I hope anybody who's ever got the running buzz will relate to this.