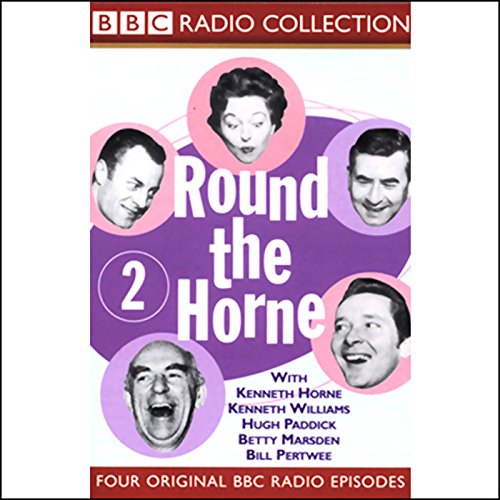 As one of the most consistently funny radio series of the 1960s, Round The Horne was always a favourite among listeners to the BBC Light Programme's comedy hour on Sundays.

In Round The Horne 2 you can hear the complete version of "The Admirable Loombucket" (any resemblance to "The Admirable Crichton" being entirely intentional), the eerie tale of "The Phantom of the Bogmouth Hippodrome" (which preceded Mr Lloyd-Webber's little number by some years), and the African adventure "Lipharvest of the River".

All the old favourites make their appearance, including Julian and Sandy, Rambling Syd Rumpo, Dame Celia Molestranger, and ageing juvenile 'Binkie' Huckaback, and a thoroughly irreverent time is had by all.