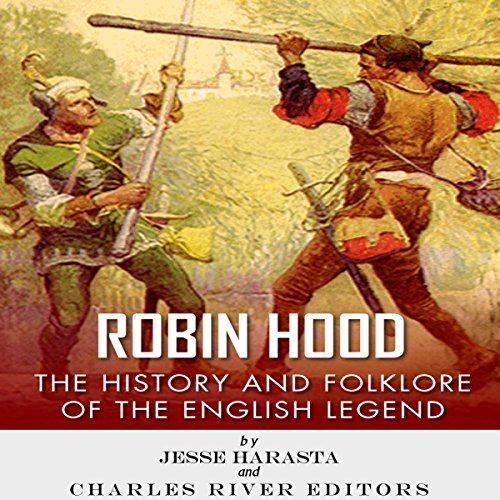 Robin Hood: The History and Folklore of the English Legend

This audiobook profiles the historic figures who scholars speculate may be the person Robin Hood was based on, and explains the origins and evolution of Robin Hood.

There are few characters in the English language more iconic than Robin Hood. Emerging out of the ballads of the High Middle Ages and surviving through numerous permutations to the present day, the green-clad archer has become an icon. Today he represents a playful, irreverent, and cunning resistance to corruption and injustice, associated primarily with stealing from the rich and giving to the poor. Robin Hood's selfless acts of helping the masses at the expense of himself (by not keeping his treasure) have led to contemporary figures like Bill Gates being called "Modern Day Robin Hoods". And when a British man robbed a bank in 2013 and handed out the money to homeless people before he was arrested and imprisoned, the name Robin Hood was naturally in the news once more.

Robin Hood is a celebrated folk hero and a kind of good thief, but the earliest stories about Robin Hood depict a far different character. The first Robin Hood was often a brutal and selfish yet also honorable figure, an anti-hero loved (perhaps paradoxically) by many social classes and loathed by authorities. When the notorious Gunpowder Plot was discovered at the beginning of the 17th century, the Earl of Salisbury condemned Guy Fawkes and the conspirators for being "Robin Hoods".

The transformation of Robin Hood over the centuries has left many scholars attempting to find the origins behind the original story.