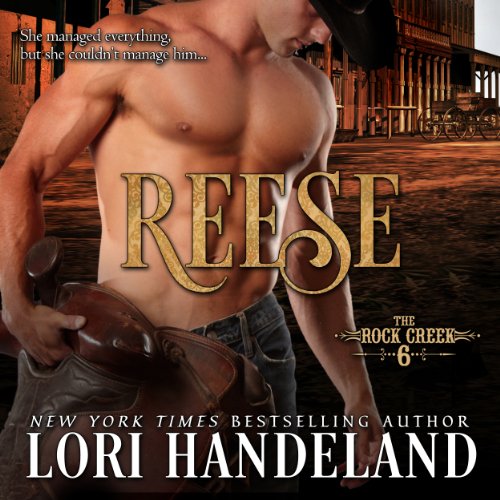 If you liked the Magnificent Seven, you'll love the Rock Creek Six!

Mary McKendrick, a head-strong school teacher who wants nothing more than to find a home in her adopted town of Rock Creek, Texas, takes charge when a band of ruffians attempts to destroy the town. Mary hires Reese, the mysterious, and reluctant, leader of a band of deadly Confederate veterans, to protect them.

Reese is haunted by the war and what he did during it. The only constant in his life are the five men willing to come to his side whenever he calls them.

Though Mary prides herself on managing everyone and anything, she can't manage Reese or her feelings for him. Reese doesn't believe he is worthy of loyalty and devotion; he certainly isn't worthy of love. In Rock Creek, with Mary, he learns differently.