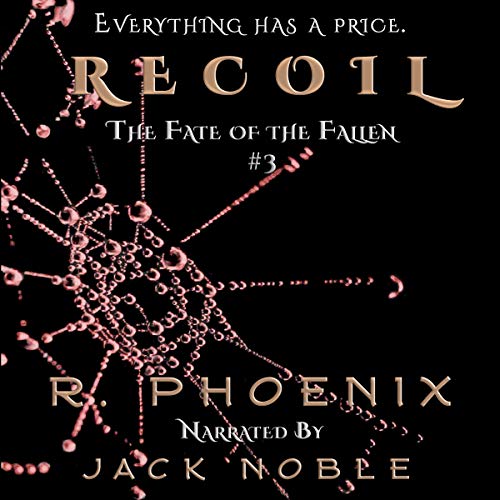 Over the past decade, Khaz has watched as supernatural creatures like himself have turned the world into their own personal playground. Unlike the others, he didn't benefit from the Takeover, and every time he sells himself to keep a roof over his head, he's keenly aware of that fact. His landlord, a renowned slaver, offers him the chance to catch up on his rent by breaking a human.

Groomed to fight, Noah has survived by giving himself over to his hatred of those who took everything away from humanity. When the werewolf can't break him, he's given to the vampire instead - and he's sure this will be no different. The problem is that even the harsh lessons the Rebellion taught him couldn't prepare him for someone like Khaz...who always has an ace up his sleeve.

Now that supernatural beings have seized control of the world, life has become a struggle for the humans who once held power. Witches, vampires, and werewolves determine the fate of every single human, but their moral compasses have long since been shattered. Rebels, free humans, and slaves all share dreams of hope, mercy, love, and more. But with their fate so uncertain, survival isn't enough...and they may have to sacrifice what is nearest and dearest to them if they want to change their lives.

Bought, Ravel, and Recoil feature different characters whose lives begin to come together in Owned and Temper. This dystopian series explores different aspects of the world, from utter darkness to the shining lights waiting to emerge. Because of this, the audiobooks range from dark erotica to romance to horror to action(ish) to bits of other things in between.

*Please note that the Fate of the Fallen (previously Ripples in the Status Quo) world has little place for humanity, and as a result, content in these works may contain graphic scenes of depravity, cruelty, and violence --sexual or otherwise - that could be offensive and potentially triggering to some listeners.*