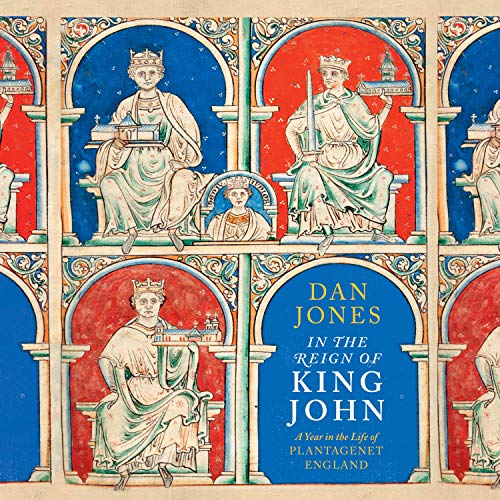 In the Reign of King John

Weakened by the loss of Normandy, King John faced insurrection by his disgruntled barons. With the assistance of the archbishop of Canterbury, they drew up a list of their demands.

Dan Jones' vivid account of the vicissitudes of feudal power politics and the workings of 13th-century government is interwoven with an exploration of the lives of ordinary people: how and where they worked, what they wore, what they ate and what role the church played in their lives.

"Jones has a terrific eye for humanising stories and the telling detail...it is the snapshots of life as it was lived that make this book so engaging." (Daily Telegraph)