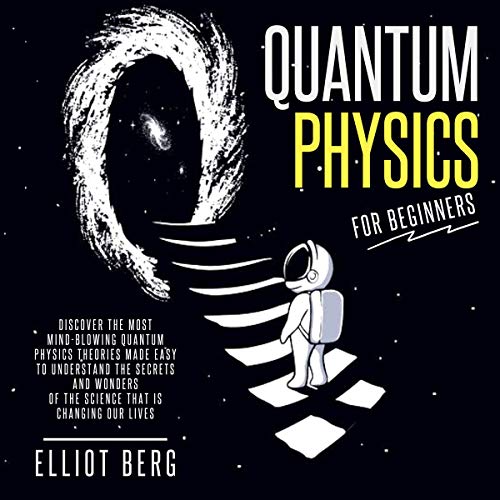 If are you looking for expand your knowledge to the outermost limits of the universe and beyond, even if you are afraid it will be too difficult to understand, then this is the definitely right place for you.

You don’t need to be a genius or an academic to uncover the secrets of quantum mechanics, you just need a curious and open mind.

“If quantum mechanics hasn't profoundly shocked you, you haven't understood it yet”. Niels Bohr

How can we disagree with Bohr? The laws of quantum physics are compelling, mysterious and at the same time govern our daily life: From superconductors to the internet, from medical imaging to computers; our technology is based on theories we don’t yet fully understand. The fascinating laws of quantum mechanics are even the basis for the plot of our favorite movies and TV series. But even if they had such a huge impact on our technology and pop culture they are still an unresolved mystery.

Even famous physicists who contributed to quantum mechanics refuted the idea at first and some of them did not accept it at all.

It is a weird, incomplete, widely discussed, and differently interpreted theory that never the less shapes our reality. Listening to this audiobook, will not only give you an insight into the mysteries of the universe, but will shatter your preconceptions about reality.

You might be afraid that you have to be a prodigy, or at least a math wizard to understand such a complex subject, but with this audiobook, you will only need your curiosity and thirst for knowledge. I will guide through the most advanced and mind-blowing theories with easy explanations and relatable examples, without trivializing the subject and without any math!

In Quantum Physics for Beginners, you will discover:

This audiobook aims to make quantum physics a fun and rewarding experience for anybody and to shatter any preconceptions that it is an “arid” and purely mathematical subject: Even a basic knowledge of quantum physics will broaden your horizon and make you look at the world in new and fascinating ways!

If are you ready to embark on whirlwind journey to the craziest corners of the universe then buy this audiobook today!