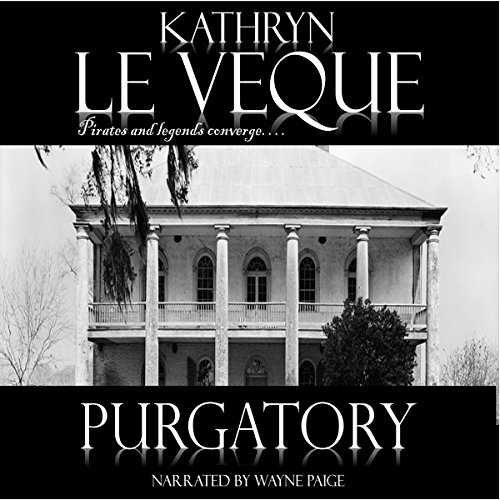 When romance author Elliot Jentry's husband is killed in the line of duty, Elliot decides to leave the painful memories behind and move to Louisiana with her two children. She purchases a derelict plantation home in the hopes of starting a new life. The old home, originally named Sophie but now known as Purgatory, was owned by the family of pirate Louis-Michel Aury for 200 years. The old house, built with the blood money of pirates, is full of legends and ghosts, as Elliot quickly discovers.

Helping Elliot acclimate to the house is Nash Aury, descendent of the great pirate and Sheriff of Ascension Parish. A tall, dark, and handsome drink of water, Nash is immediately attracted to the beautiful blond from California, gently wooing the woman with the fragile heart.

As Elliot and Nash find themselves swept into a deeply passionate romance, old enemies of the Aury's continue to harass the occupants of the house and Elliot finds herself caught up in a centuries-old feud. As she struggles to overcome the adversity and restore the grand old mansion to its former glory, she discovers secrets about the house that are deep and dark.

The ghost of Sophie MacGregor, the home's namesake, is seen walking the grounds on the full moon, looking for her murdered children. As the ghosts of a destroyed family search for each other, it's up to Elliot and Nash to bring peace to the house once known as Purgatory as they find a deep and eternal love for each other in the process.