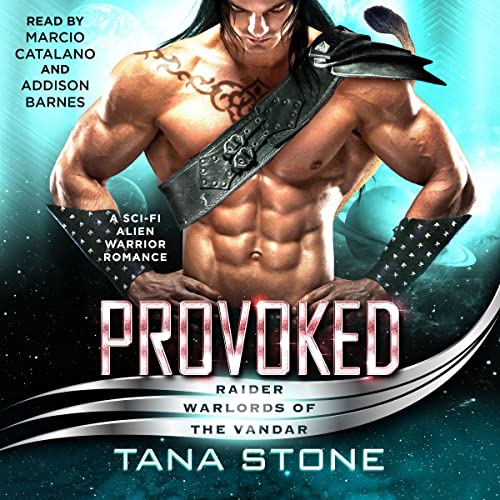 I snuck onto the wrong ship. Now I’m at the mercy of the most terrifying and deadly of the Vandar warlords - and he refuses to let me go.

Running away and joining my sister and her Vandar mate seemed like a great idea. Until I stowed away on the wrong ship.

Now I’m on a Vandar warbird flying far away from my home planet, but my sister is nowhere in sight. Instead, I’m trapped with the Vandar warlord they call the Deranged Raas. They whisper that he’s insane, and when I meet the menacing alien, I understand why.

The dark and ruthless warlord might be huge and gorgeous, but he also rules with absolute power and domination. He and his crew live and fight in the remotest part of the galaxy, where there are no rules and no mercy. It’s where he plans to take me unless I can convince him to let me go.

Raas Vassim does not tolerate stowaways or challenge. But I didn’t run away from one controlling life to end up in another. No way will I submit to his commands - even if his touch provokes feelings I’ve never experienced before. Although I fear his darkness, it also stokes a fire deep within me. And makes me want to delve beneath his dominant and savage exterior.

All I need to do to get away from the Raas is to send a message to my sister, which he’ll let me do. For a price. But is submitting to him a price I’m willing to pay?

Provoked is a full-length sci-fi romance novel with a happily ever after and no cheating. It features steamy scenes on a raider warship, alien horde space battles, and some serious heat.

If you like dominant and dangerous alien warriors, alien abduction-to-seduction romance, and hot scenes with a happily ever after, you’ll love Provoked, the sixth book in Tana Stone’s sci-fi romance Raider Warlords of the Vandar series. Each audiobook can be listened to as a stand-alone, but the series is better when listened to in order.