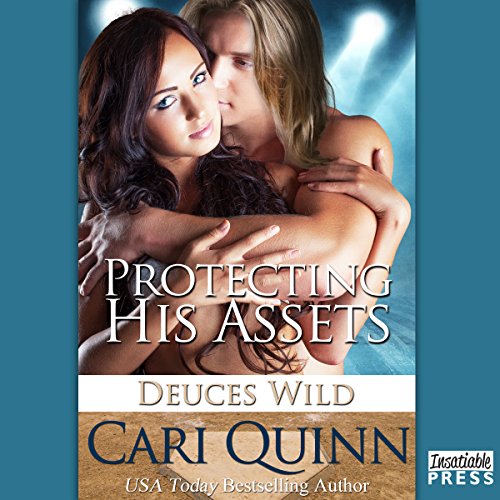 She's the one woman who can get his ball back in play.... Deuces Wild, book 1.

For a while MLB pitcher Chase "Deuce" Dixon used his bad-boy reputation as a smoke screen to cover up his elbow injury. But plummeting pitching stats don't lie, so now he's a free agent, spending the off-season in surgeons' offices and considering a postbaseball career in security. His first night moonlighting as a nightclub bouncer, he's surprised that the singer onstage is his little sister's pure, sweet, spitfire of a best friend. And some drunk guy is getting way too personal.

Summer Maitland doesn't need Chase strong-arming one of the few fans she's managed to accumulate during the career she keeps secret from her family. And despite her body's shimmering reaction to his touch, she certainly doesn't need a self-appointed bodyguard following her around. Chase has other ideas. If anyone's going to lay a hand on Summer, it's going to be him. Now, if only he could keep his tongue out of her mouth long enough to keep her safe. And his hands to himself before he scares her off.