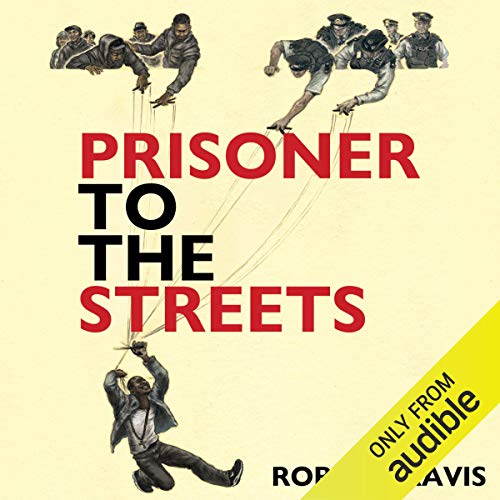 Prisoner to the Streets

"I don't believe in the term gang. Yes I've had a violent past and made reckless choices I'm not proud of but it's too easy (and lazy) to throw around this gang label. We were just a group of multi-cultural kids who lived on common ground and shared a similar struggle.

I'm not trying to say I'm just some victim of circumstances, the truth is I became a victim of my excuses. There was a strong come-unity but we also came from broken families and had crime, drugs and violence all around us. This social deprivation causes misguided pride, confused loyalty and thinking we had an extended family on the estate.

We didn't really act like no family though. Disputes were settled with manpower, knives and guns. Familiar faces from childhood became bitter enemies in war with only a road separating us from the frontline. We were in prisons the size of our boroughs and each estate felt like a different prison wing. The joke is we thought we owned the streets. We thought we were free.

I've lost some good people to the streets. And I don't just mean death and prison. i mean the street mentality took away a part of us. Took away who we were destined to become. Our futures.

This is the story of my journey. It's a reflection of how I fell out of one system and rushed into another. The story of how I became a prisoner to the streets and somehow escaped."

"This changed my perspective on gangs." (Russell Brand)
"Everyone should read this book." ( Wretch 32)