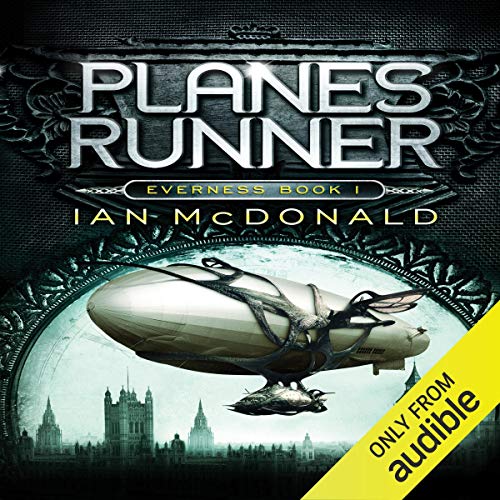 When Everett Singh’s scientist father is kidnapped from the streets of London, he leaves young Everett a mysterious app on his computer. Suddenly, this teenager has become the owner of the most valuable object in the multiverse-the Infundibulum - the map of all the parallel Earths, and there are dark forces in the 10 Known Worlds who will stop at nothing to get it.

They’ve got power, authority, the might of 10 planets - some of them more technologically advanced than our Earth - at their fingertips. He’s got wits, intelligence, and a knack for Indian cooking. To keep the Infundibulum safe, Everett must trick his way through the Heisenberg Gate that his dad helped build and go on the run in a parallel Earth.

But to rescue his dad from Charlotte Villiers and the sinister Order, this Planesrunner’s going to need friends. Friends like Captain Anastasia Sixsmyth, her adopted daughter, Sen, and the crew of the airship Everness.

Can they rescue Everett’s father and get the Infundibulum to safety? The game is afoot!