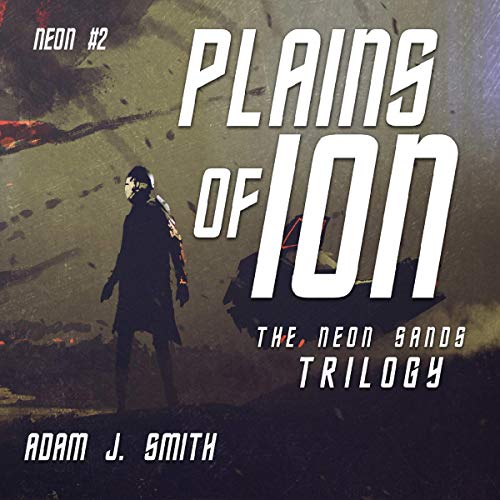 Plains of Ion: A Dystopian Trilogy

The sun-scorched tundra shimmers, and blood drips between the cracks.

Life on the plains is tough, dangerous, and just plain boring. Elissa dreams of breaking the monotony and winning the Liberty Trials: a hoverbike race around the perimeter of the plains with entry to Neon City at stake. Her town sits in the shadow of the enormous blister of Neon’s dome, within reach and yet forbidden. If she could only win…everything would change.

If only the stranger hadn’t appeared. If only she could get Quintessa, one of the three Queens, off her back. If only the murderous Rohen could get exactly what he deserved. So many questions. So many variants. When had life stopped being so boring?

A sci-fi dystopian adventure in an inhospitable landscape, Plains of Ion is the second book in an epic series that will explore man’s technological and innate potential, and the search for hope when all looks bleak.